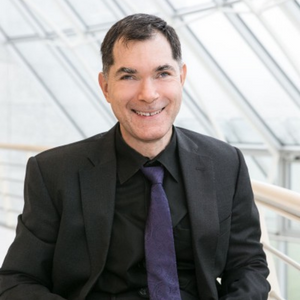 At the age of 18, in 1980 , Nils had a motorcycle accident. He was four weeks in a coma. Since then, he is speech impaired, blind, in a wheelchair, and can barely move his arms and hands. After many years of rehabilitation, which gave him “the most profound practical experience of dependency, leadership and system structures,” he subsequently obtained a Swiss Matura and studied Economics at the University of St.Gallen, graduating with a Master degree. In 2002 he obtained a doctorate from the same university and graduated with distinction. He is currently the Director of Applied Research at the Centre for Disability and Integration and at the Competence Centre for Diversity and Inclusion at the Research Institute for International Management (CCDI at FIM-HSG) at the University of St.Gallen. In September 2011, the biography “Dr. Nils Jent – Ein Leben am Limit” by the well-known Swiss television journalist Röbi Koller was released. At the Zurich Film Festival 2011 the documentary “Unter Wasser atmen – Das zweite Leben des Dr. Nils Jent” was awarded the audience prize. The touching and thought-provoking documentary by the production company “InstantView” was shown in Swiss cinemas and at numerous international film festivals and is now available on DVD.

”The variety and diversity of humanity and the world are color, sound and change.
Let us learn to understand the language of this colorfulness and to speak it masterfully.
Let us learn to respectfully appreciate the variety and to harness the individual tonalities to the benefit of us all, composing a symphony of cooperation and equality.”

Use this form to find things you need on this site

You can add any HTML here (admin -> Theme Options -> Promo Popup).
We suggest you create a static block and put it here using shortcode